So far this year, 27 Colorado breweries have opened their doors. With 20 of those being brand new breweries, and 6 being additional locations of currently opened breweries.

For the latest information about more breweries coming to Colorado in 2023, check out our Upcoming Breweries Page and follow Colorado Beer Geek on Facebook. 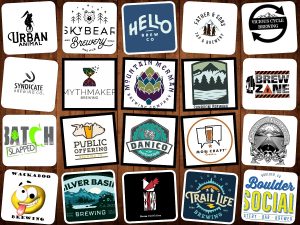 The following list summarizes the openings of 2022. We’ve collected brief descriptions of each location below, but for more information you can click the link to find out more… or better yet, plan your next visit.

Presenting the Colorado brewery class of 2022:

Overland is the newer second location of Ratio Beerworks on the South side of Denver taking over the Declaration Brewing location. 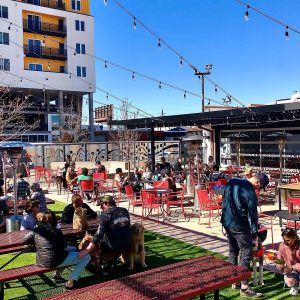 Batch Slapped is a brewery and cidery combination at one location! Imagine a place where you can take that special someone or your favorite group of friends to just sit and enjoy each other’s company. A place where you won’t have to yell over loud music or feel that you are competing with sports on a TV hanging on the wall. You can just sit enjoying each other’s company, fully engaged in conversation… all while enjoying a craft beer, craft cider, cider ale, or a glass of wine and sharing a gourmet antipasto tray. The perfect recipe for a wonderful night out! 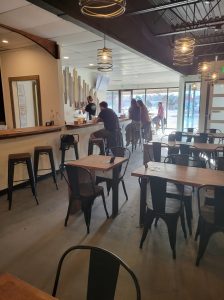 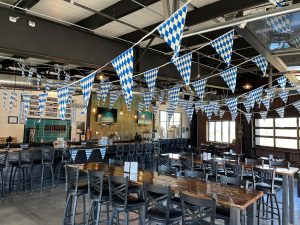 Trinity Brewing took over the original Red Leg Brewing location as a second location which increased their production ability. 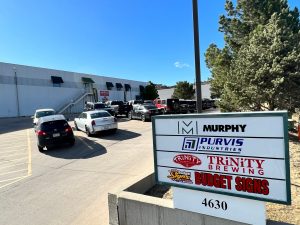 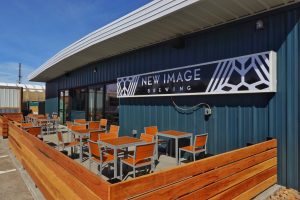 Mono Mono has two Denver locations which serves Korean-style fried chicken using an Asian frying technique that renders out the fat in the skin, transforming it into a thin, crackly and almost transparent crust.  Their newest spot in Lafayette, (which took over the UTurn BBQ & Brewery location) adds a brewery which pairs nicely with their food. 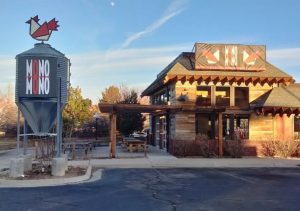 Wackadoo, which has been riddled with multiple building related issues in opening their doors to the public, started serving their beers to-go in June of 2022 and opened their doors for in-house seating in October. 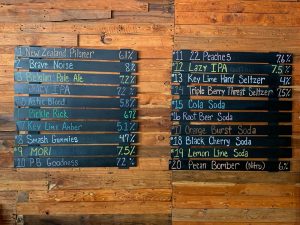 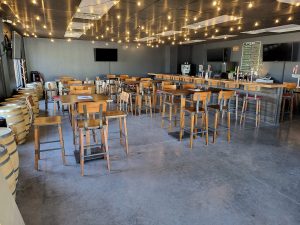 The first brewery for the small town of La Veta!  At Mountain Merman Brewing Company, they strive to have something for everyone, something that is exciting and unique in an environment that is beautiful and fantastical. Through the attention to detail and care of the craft from the brewhouse to the tap room and beyond, they hope to convey that magical feeling that the name inspires. 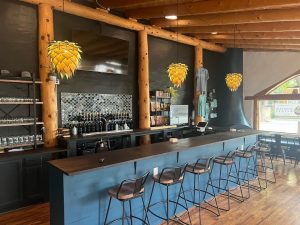 Hello Brew Co. is passionate about the details of their beer and helping you craft your own story with their beer. They are committed to using exciting, innovative, and evolving ingredients to create inspired craft beer for the community. 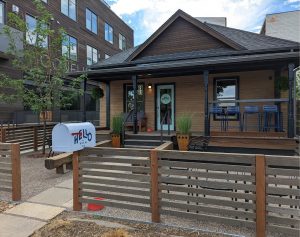 Two Fort Collins brewing industry veterans have teamed up to open their own brewery!  Mythmaker Brewing is a new taproom brewery in Fort Collins. At Mythmaker Brewing, they believe the craft beer industry is undergoing constant evolution. The mission at Mythmaker is to brew craft beer in both traditional and experimental ways and to mesh old traditions and new experiences together in a local, community driven, hospitality focused environment. Their small batch brew system will ensure a constantly changing beer list for your exploratory palate. With 20+ beers of all varieties on tap, you’ll sure to find your current favorite! 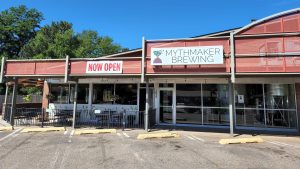 Silver Basin took over the location of Two Rascals Brewing.  The new owners are veterans of Colorado Boy. 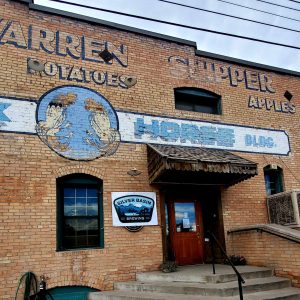 Sky Bear Brewery & Pub is family owned and operated, run by daughter Amanda and her parents Mark and Linda. Amanda has over 10 years of experience in the restaurant industry and Mark has been brewing homebrew beer for his family and friends for close to a decade. They found a turn of the century building downtown to preserve Loveland’s history. 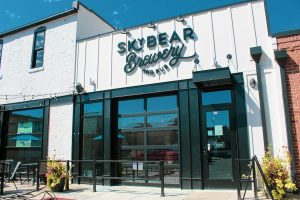 FlyteCo Tower is a brewpub, bar and entertainment venue located at the former air traffic control tower in the Central Park neighborhood of Denver.  Besides their brewpub on two levels there is also 6 lanes of bowling and a putt-putt course.  This is the second location for FlyteCo Brewing in the Berkely neighborhood. 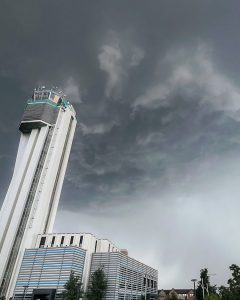 From Cockpit To Taproom, Denver Brewery Takes Off by Gary Stoller of Forbes – 23 Mar 22

Syndicate was formed from the need to have beer on-tap at all times. They started home-brewing in “The Hut,” in Breckenridge, CO. Sanitizing the kitchen counter, boiling wort on a leaking gas stove, and cooling the wort in the snow outside.  They have since upgraded to a 3-barrel system and sold wholesale for 3 years before opening a taproom in Silverthorne. 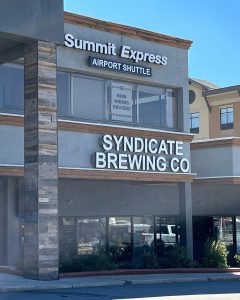 HighSide Brewing‘s second location. Swing on by and enjoy a cold beer from one of their 16 taps while watching sports or playing pinball, pool, darts, and more. Or check out their awesome patio with plenty of seating and a horseshoe court. Delicious barbecue is served out of the new Colorado BBQ Company Food Truck. 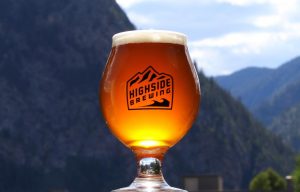 MobCraft Beer Co, based in Milwaukee, teamed up with Dee Tacko from Pueblo to open an additional location in Denver.  Located in the diverse Curtis Park neighborhood MobCraft Dee Tacko offers over 25 draft beers from MobCraft Beer and fresh Mexican fare from Dee Tacko, featuring only the best cuts of meat and locally sourced ingredients.  Enjoy seating in the taproom, restaurant or enjoy the 300+ days of Denver sunshine on the 6,000 square foot, dog-friendly patio! 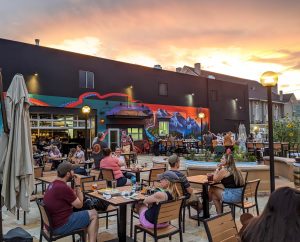 Sunroom Brewing is a family-owned brewery in Englewood Colorado, located behind the Gothic Theater on South Broadway. Sunroom Brewing is family and community friendly taproom and 7bbl brew house. They offer a large patio and a wide variety of indoor seating including comfy couches. 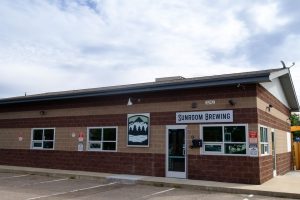 Beer professionals, but ultimately just a bunch of beer loving Urban Animals figuring it all out in real time just like you! So come on down, grab a cold one and maybe we can figure it all out together. 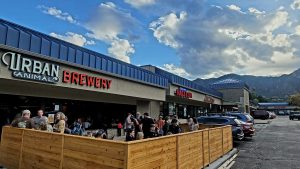 A used gear shop and brewery? Yes! An outdoor hub complete with craft beer, cocktails, food, bike repair, rafting supplies, rental gear, and so much more.  Joined with Gear Junction in an historic Downtown building located on Main Street! Their mission is to create a spot for everyone to have some great beer with friends. A space that is lively, friendly, conscientious, and outdoor focused. 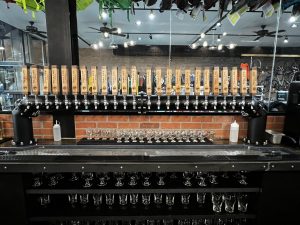 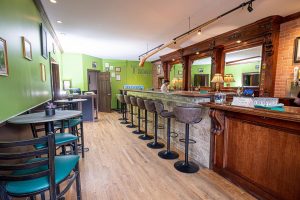 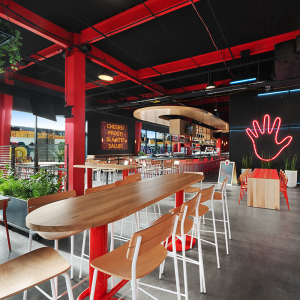 Public Offering Brewing is a community-minded brewery located in the South Broadway neighborhood offering a variety of beer styles in a welcoming and relaxed atmosphere. 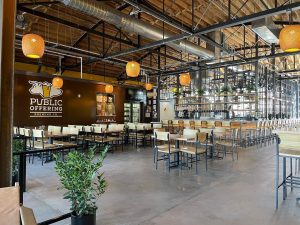 Just 10 minutes Denver International Airport and even closer to the Gaylord of the Rockies Convention Center, Denver’s newest brewery offers some delicious beers in a beautifully built taproom. 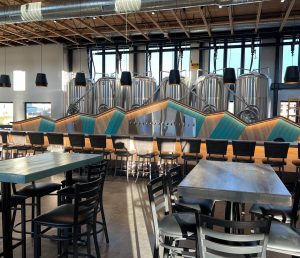 Boulder brewpub similar to Stout Street Social in Denver with this location serving their own house made beers.  (Took over location of FATE brewing then Ska Street Brewstillery.) 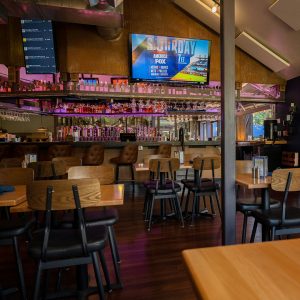 In a surprise announcement just before Christmas, Craftsman Brew Co which took over the location of Gore Range Brewery, said that they brewed their first house made beer: “New Noise” a 6.8% abv NEIPA. 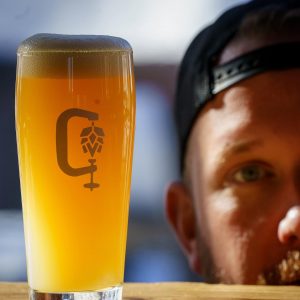 The owner of Brew Zone San Diego opened another location after moving to Colorado and features unfiltered homebrew style beers on a 2bbl system. 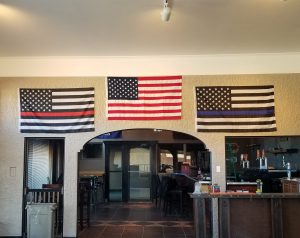 The Colorado Brewery Class of 2022

In sad news, there were 14 Colorado brewery closures in 2022, here are those who are Gone But Not Forgotten.