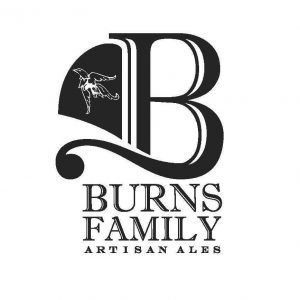 Burns Family Artisan Ales is “A celebration of brewing history, style, invention and skill; in a glass.” The company runs on the power of kinship and identity, drawn from inherited relationships of time-honored tradition and ones of newly-forged expectancy. We think these relationships generate celebrations, where high-quality, specialty beer can be a focal point.

Founded by Wayne Burns and Laura Worley, Burns Family Artisan Ales’ hallmarks are high gravity beers at and well over 10% ABV. They are to be bottled “to go” and for distribution, and will occupy roughly half of the taps in the taproom. Designed to be consumed in company, at celebrations and when the occasion calls for relaxing with a “sipping” beer, Burns Family Artisan Ales’ high ABV beers mature with time. Quaffable beers between 3.5% and 10% alcohol by volume [ABV] are to fill out the rest of our taps. Using techniques developed over 25 years professionally brewing, High-Octane Wayne’s brews are set to advance the current perception of venerable beer while growing an under-represented niche of the craft beer marketplace.

They took over the location previously occupied by Wit’s End and opened their own operation in 2018.