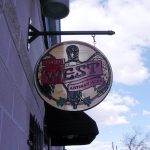 Zach Nichols got his start in brewing in his home state of Wisconsin, but he entered the Colorado brewing scene with Sanitas Brewing in Boulder, CO. During his time with Sanitas he became involved with their in-house barrel aging program experimenting with the process of barrel aging and the effects wood has on the fermentation […]