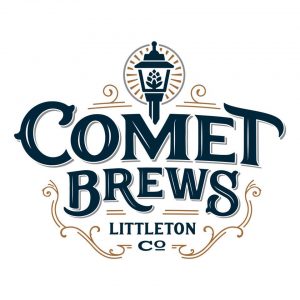 From Print to Pint, Artisan Fermented Beverages Served with Pride

Nelse and Joyce Hendricks bought Comet Press in downtown Littleton armed with elbow grease and real printing grease. A thriving print shop up through the millennium, Nelse and Joyce began thinking about retirement.

Brian Wilke met Lisa Hendricks, their daughter, at a now-gone brewery near DU. They hatched a plan – get hitched and keep the press in the family by turning “The Shop” into a brewery and taproom.

Armed with elbow grease and no other grease because that would be gross in beer, Comet Brews keeps the Comet Press traditions alive.

Brian and Lisa were both born and bred in CO. Lisa grew up at The Shop in Littleton, while Brian hails from that island surrounded by reality, Boulder. Moving away briefly taught them how much they love everything about CO, and they hope to bring that love to Comet Brews and everything that we do

Our beers are named after our people, our family. We know firsthand that families come in all shapes and sizes and from all walks of life.

Come in and join our family!